Who Was Hit Hardest by the Great Recession?

Long-Term Unemployment (LTU) is defined as workers in continuous unemployment for 6 months or longer. In the essay "Age and Gender Differences in Long-Term Unemployment: Before and After the Great Recession,” authors Alexander Monge-Naranjo and Faisal Sohail examined the share of unemployed workers in LTU for different age and gender groups over two periods: 2006-07 and 2012-13.

Men and women of all ages experienced a rise in LTU after the Great Recession, but the worsening of labor market conditions in the 2012-13 period seems to have hit older female workers much harder. 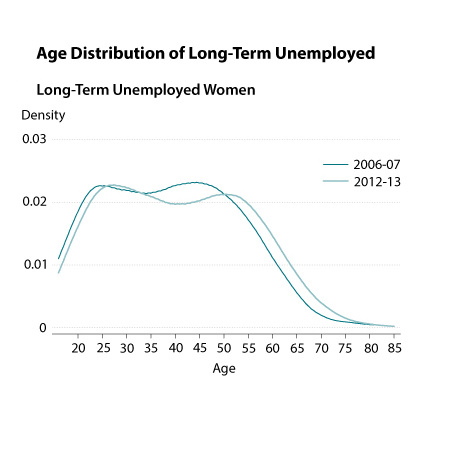