Thank you for your feedback.
Enter Your Forecasts
FAQs

FREDcast™ is an interactive forecasting game in which players make forecasts for four economic releases: GDP, inflation, employment, and unemployment. All forecasts are for the current month—or current quarter in the case of GDP. Forecasts must be submitted by the 20th of the current month. For real GDP growth, players submit a forecast for current-quarter GDP each month during the current quarter. Forecasts for each of the four variables are scored for accuracy, and a total monthly score is obtained from these scores. Scores for each monthly forecast are based on the magnitude of the forecast error. These monthly scores are weighted over time and accumulated to give an overall performance.

Higher scores reflect greater accuracy over time. Past months' performances are downweighted so that more-recent performance plays a larger part in the scoring.

How do I participate?

What country's data am I forecasting?

All FREDcast™ series are data for the United States.

What is a release date?

What am I forecasting for GDP?

Why do I forecast the same GDP number three times?

GDP is a quarterly variable and the forecast period is a month. Thus, users forecast the same quarterly GDP value for each of the three months in the quarter. Each of these forecasts is evaluated against the same advance estimate of GDP.

What am I forecasting for unemployment?

Unemployment is the seasonally adjusted level of the headline unemployment rate in percentage points rounded to the nearest tenth of a percent. The unemployment data are usually released on the first Friday of the month.

What am I forecasting for inflation?

Inflation is the percent change from one year ago in the headline CPI rounded to the nearest tenth of a percent. The CPI data are released in the middle of the month.

What am I forecasting for employment?

Employment growth is the seasonally adjusted monthly change in nonfarm payroll employment to the nearest thousand persons. The employment data are usually released on the first Friday of the month.

Am I really forecasting for the current month?

Yes. The forecasts for each month must be made by the 20th of that month. Let's use May as our example: You must provide a forecast for May's GDP, CPI, unemployment, and employment by May 20. In technical terms, this is a "zero-horizon" forecast.

If I already entered a forecast for the current month, can I change my forecast?

Yes. Provided you do so before the deadline.

Can I change my username?

Yes. You can change your username one time by clicking this link. The same terms of use for usernames apply to the name change.

If I got my username reported and the FREDcast administrators changed my name, do I still get one name change?

Yes. Use the name change link above to change your name. If your new username is reported and changed by the FREDcast™ administrators you cannot change it again.

I changed my username before. Why can't I change it again?

You can only change your name once.

Adjustments to the Scoring Algorithm

We have changed how points are assigned to each monthly forecast. Under the old scoring algorithm, forecasts that were more than 3 standard deviations or so away from the realization were given negative scores. At the start of the recession caused by COVID-19, many forecasters missed their realizations by more than 10 standard deviations, resulting in large negative scores. Thus, during this period of high uncertainty, not forecasting might be a good strategy. In light of this, we have redesigned the scoring algorithm so that any forecast produces positive points.To make the points across eras consistent, we are also resetting the all-time scores and increasing the rate at which older scores are discounted in the all-time score.

Why are there two leaderboards?

How are the monthly points calculated?

A player’s forecasts are scored separately for accuracy and then summed up to one monthly points score. A player can earn up to 250 points for each economic data series, for a potential total of 1,000 points each month. Points awarded are inversely related to the player’s absolute forecast error. A higher absolute forecast error (i.e., your forecast is farther away from the actual release) means fewer monthly points. Use the send feedback form to request exact formulas.

How are the all-time scores calculated?

For example, a user who earns the full 1,000 points in one month but who did poorly in previous months (or has not forecasted consistently in the past year) may receive a lower all-time score than someone whose forecasts consistently have smaller forecast errors.

Why is my all-time score less than my monthly points?

Is a higher score better?

Do prior months’ forecasts affect a player’s monthly points?

Do prior months’ forecasts affect a player’s all-time score?

My forecasts for GDP and the unemployment rate both missed by 0.1 percentage points but my score for GDP was higher. Why is that?

Yes. There are two scenarios where players may end up with different all-time scores following identical monthly forecasts.

Why is my monthly points score negative?

What happens if the actual value of payroll employment lies outside the range of values a user can input?

What is a league?

A league is a collection of players who have a private leaderboard for forecasts. This allows members of a class or a company to compete against each other. The league will have a separate page for a league leaderboard that displays the distributions of the league's forecasts and tracks how the players are doing.

How do I start/join a league?

The leagues are formed when a "commissioner" (e.g., teacher) solicits a league ID from FRED. The league ID includes a passcode that the commissioner shares with the other participants. The participants sign up for a FRED account, enter the passcode, and join the league.

What is a league invite code?

A league invite code, or league ID, is a unique set of numbers and letters that is generated when a league owner creates a league. The league owner can distribute this code by email to his/her participants. League owners can view their league invite codes by navigating to the league manager page under the "Leagues" menu. If you're trying to join a league and don't have an invite code, ask your league manager to share the code with you.

If I'm in a league, am I also in the public league?

Can users inside my league see my forecasts?

If my league is for a class, does my account stay active after the class ends?

Yes. Even if your league disbands, your FRED account keeps your account open and you can continue to make forecasts within the public league.

You receive FREDcast™ badges for achieving certain in-game goals such as making your first forecast. The full list of badges is here.

Can I receive more than one badge per month for the same accomplishment?

Do I receive a badge for every league I am in?

What is a Battle League?

FREDcast Battle Leagues are head-to-head competitions where two FREDcast leagues compete against each other to determine the best individual forecasters, and best overall league forecasting average. Battle Leagues require no additional effort from league managers or forecasters, and will show up on the scoring page for your private league. The league that has, on average, the most accurate forecasters will achieve the highest aggregate score. The individual leaderboard for the Battle League will show which individuals from each league are scoring the highest in a given forecasting period.

How do I start a Battle League?

Can I have more than two Leagues in a Battle League?

Can my league participate in more than one Battle League?

Yes. One league can participate in as many Battle Leagues as the league manager wishes to challenge.

What if I want to create a Battle League, but I don’t know any other league managers?

How does Battle League scoring work?

There are two scores in a FREDcast Battle League—aggregate and individual. The individual score functions the same exact way as the monthly points score in regular FREDcast leagues, and shows the FREDcast user with the most accurate forecasts across all the series. The Battle League aggregate score is a trimmed mean calculated for each sub-league. The trimmed mean calculation removes approximately the bottom 20 percent of scores for each series in a given time period. This calculation gives greater weight to forecasters doing well, and limits the possibility that non-participants or erroneous forecasts can ruin an entire league’s average.

Can I change the pre-fix on my Battle League?

Each Battle League prefix is assigned by FREDcast staff so that individuals can identify who comes from which league on the individual Battle League leaderboard. League managers cannot choose or change their league’s pre-fix.

Can I battle two leagues that I manage?

Yes. To Battle two of your own leagues, fill out the FREDcast Battle League Request Form on the league managers’ page and select the box that identifies you as the opposing league manager. 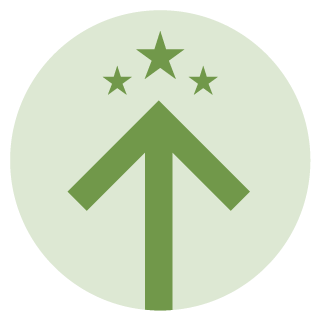 Climbing the Ladder - Moved Up Position on the Monthly Leaderboard 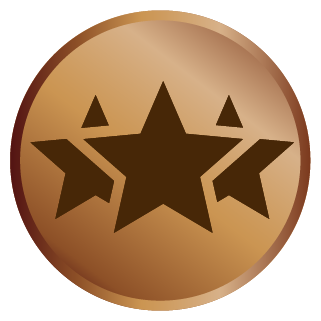 The Winners Circle - Top 10 Percent on the Monthly Leaderboard 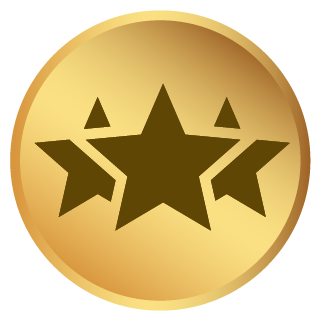 Top of the Class - First Position on Monthly Leaderboard 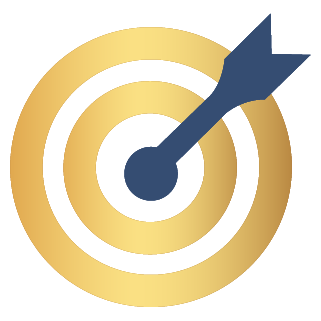 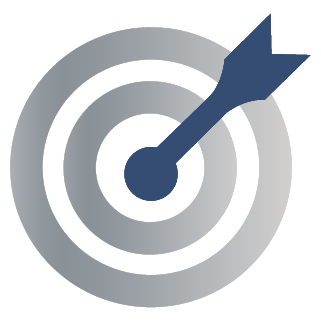 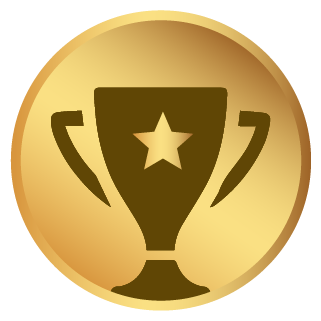 Hall of Fame - Top 10 on the All-Time Leaderboard 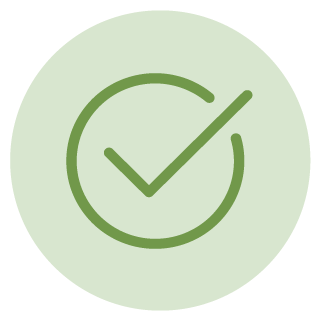 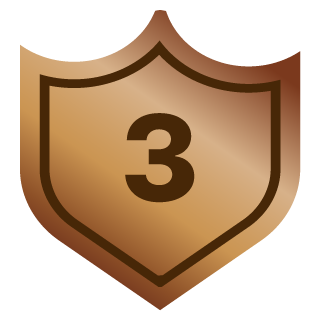 Sticking With It - Three Consecutive Months of Forecast Entry 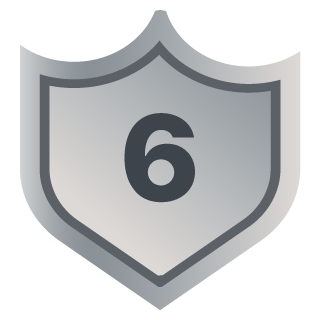 Not Slowing Down - Six Consecutive Months of Forecast Entry 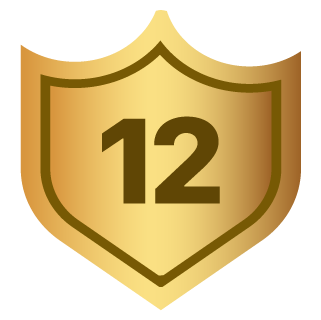 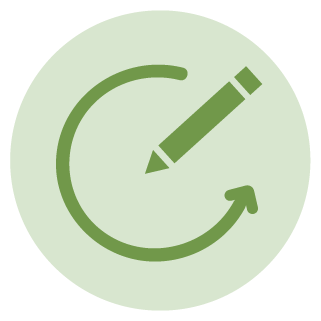 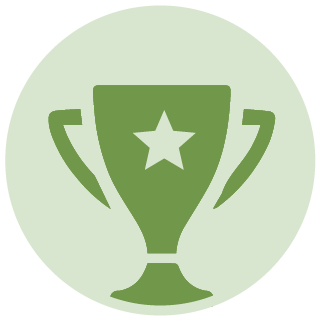 Members Only - Joined a Private League